Are your searching Google for “Used Ford Cars For Sale Apache Junction“, while searching for used Ford cars to buy at a dealership in Apache Junction, Arizona? If so, In-Power Motors 2 can help! We have a full line of Ford cars passing through our lot from time to time, including Ford Taurus, Ford Fusion, the Ford Focus, and Ford Mustang. We are constantly selling and buying more ford vehicles so make sure and check out inventory online or stop by our dealership at 2281 W Apache Trl Apache Junction, AZ 85120 to take a look at the Ford cars we have available. If you are looking for a specific model of Ford automobile, give us a call at (480) 983-3461 or stop by our used car lot to see our inventory. We have a huge list of 500 down (O.A.C. – On Approved Credit) used cars for sale.

For a long time, the Ford brand has been known as one of the best car manufacturers on the market. Ford originally began selling vehicles with the Model T built by Henry Ford. Since then, they have become one of the most popular vehicle brands to come about. The Ford cars listed on this page represent a many of the most popular Ford models. Here is a small list of used Ford cars we sell at In-Power Motors 2. 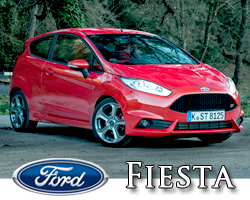 Ford Fiesta is in their 6th generation of cars, and are designed to meet the need/demand for fuel efficient vehicles. This model is sold in 3 door hatchback models and 4 door versions. The Fiesta was featured a TV show called “Top Gear”, a British automobile television program, where it was used to demonstrate it distinct maneuverability capabilities.

Production of the Ford Fiesta model started back in 1976 and has since sold upwards of 16 million units. The 7th generation if this vehicle will be released in 2017, deeming it the longest running passenger car the Ford brand ever produced. Its known as a “supermini vehicle”, and is very fuel efficient. Newer editions include a newer body style that helped update the look of the vehicle, and included more styling options and better motors. 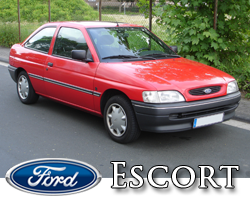 The Escort soon after became Ford’s first car sold as a front wheel drive vehicle. Between 1999-2004, they sold over 500,000 of these cars. You can still see a lot these cars out on the road. With a variety of options such as the ZX2 and ZX2 S, performance and reliability is definitely available with the Ford Escort. 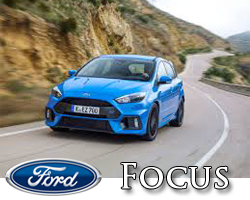 The Ford focus is currently selling their 3rd generation of vehicles. The first generation started back in 1998 and ended in 2005. The second generation ran from 2004 – 2010, the 3rd generation just started in 2011, and is still producing. This vehicle was originally designed with fuel efficiency in mind. The Ford Focus is very popular with green energy enthusiasts, young vehicle buyers, and fleet vehicles for commercial purposes. 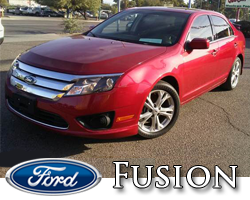 Ford Fusion was the first mid-sized car produced by Ford offering both gas/electric hybrid and straight gasoline options. The Fusion originally began production in 2005 and is currently in their 2nd generation of vehicle production. The 2nd generation of the Ford Fusion was the first to offer fuel and engine options, including plug-in hybrid option, non-plug in hybrid options, EcoBoost, and standard gasoline engines. In 2012 the Ford Fusion received the “2013 Green Car of the Year” award at the Los Angeles Auto Show. 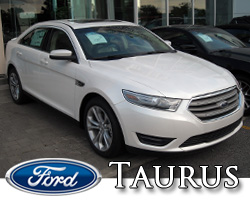 The Ford Taurus is the longest running model sold by Ford, producing 7 generations of cars that span all the way back to 1986. The Ford Taurus is a full sized car option that has remained uninterrupted for over 20 years. The recent incarnation of the Taurus began in 2010 where changes were precedents were set and changes were made. This was Ford’s first replacement for the Crown Victoria. In 2010, Ford reintroduced the Super High Output (SHO) version of the Taurus. 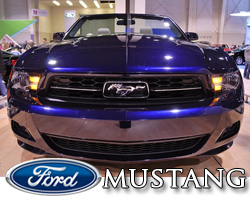 The Ford Mustang started production back in 1964 as a muscle car with rear wheel drive. Since them, it has been deemed the iconic working man’s muscle car and performance car of choice. The Ford Mustang is currently in its 6 generation of production. The 5th and 6th generations of this Mustang, Ford wanted to bring back some of the old iconic styling that Mustangs were known for. The newer versions are meant to call back to a time of steel made/heavier vehicles. However, the newer engines in the Mustang were not sent back in time, they are meant to have more control, high power, and advanced safety features. They also offer a variety of engine power options, including the V6 and V8 engine options. You have the option of adding on a super charger for increase engine performance. 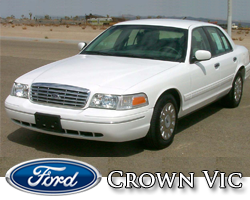 The Crown Victoria originally began production 1992 and continued production until 2012. This full-sized sedan, rear wheel drive vehicle was known for being used as taxi cabs and police cruisers. The Crown Victoria also saw many sales to the fleet market. It was sold domestically in the United States but was also exported and sold all over the world.